Outside Night City are the Badlands, destroyed regions inhabited by the Nomads who travel between Night City, other states, and beyond.  While we might expect this area to be nothing more than a backdrop for Night City, according to CD PROJEKT RED it will be open to exploration by the player.

In an interview, lead quest designer Pawel Sasko explained that the Badlands have been devastated in the time that has passed since they were first described in the Cyberpunk 2020 tabletop game. Droughts and other calamities have turned the area outside the city into a true wasteland.

What is more, here you will find cyberpunk 2077 mods community in french. 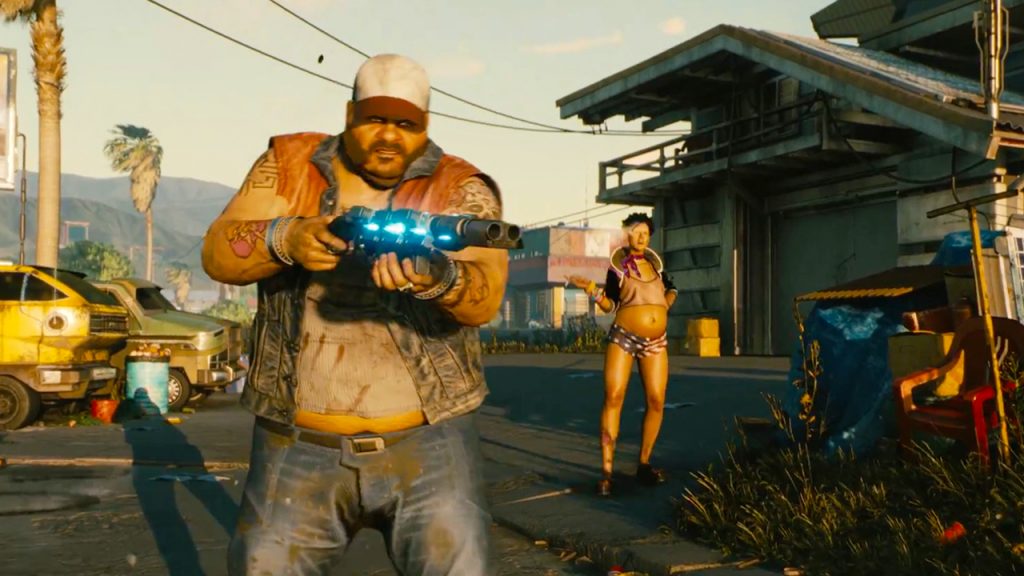 Nomads on the Prowl

However, the Badlands are still home to the Nomads, a gang straight out of Mad Max who roam the wastes in vehicle convoys. These Nomads won’t be simple Borderlands style trash mobs for you to kill, but a major part of the game world. In fact, the player can begin the game by choosing the Nomads as their origin and start out the game with their Nomad family.

These are people who live on the road most of the time, so they travel between the states and see the wastes, and sometimes they stop for a longer time near specific cities.

With all the roads and vehicles out in the Badlands, we can definitely expect there to be some races and Mad Max style combat, especially with car chase mechanics already having been revealed in the Cyberpunk 2077 demo from 2018. The interview with Sasko also revealed that the Nomads are involved with characters in Night City itself so we will likely see missions take V in and out of the city to interact with them.